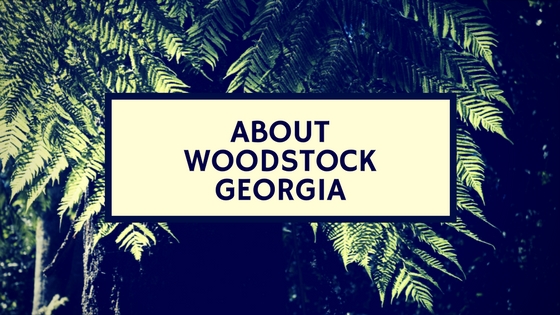 The southern part of Cherokee was settled first due to its flatter topography and easier access. Woodstock is over one hundred years old and one of the county’s oldest towns.

The railroad came to Woodstock in November 1879. Presumably, this is when the first train depot was built, although the first written account was recorded when the City of Woodstock limits were measured from the Depot in 1897. The City had a population of 300 and comprised a total of 960 acres.

Woodstock had industries of various kinds. The first gristmills in the county were located nearby. Wood carving, yarn spinning and other related activities were also done. The abundance of water power around Woodstock, such as Little River, Noonday Creek, and other streams, facilitated these industries.

Woodstock had a considerable activity in mineral development. The old Kellogg Gold Mine and several others are within a few miles of Woodstock. Mica and kaolin were also found in nearby areas.

Woodstock was mainly an agricultural town. By the 1890s Woodstock was said to be shipping 2,000 bales of cotton annually. A number of Woodstock developers were influential in introducing innovative farming methods to the county.

There are many different stories of how Woodstock got its name. The most logical is that it derived from a novel of the same name by Sir Walter Scott. Other less plausible explanations included the theory that the train stopped here to “stock wood,” but the railroad came to the area some fifty years after the town had a post office and a name. There is also one tale that a man named Mr. Woodstock settled in the area and started a school, thus giving the community its name.

Today, the City of Woodstock is the fastest growing city in Cherokee County. More and more new businesses and professional services are available and conveniently located in Woodstock. With the growth rate of Woodstock at 70% over the past 10 years, the city has doubled in size. With Interstate 575 and State Highway 92 running diagonally and directly through the heart of Woodstock, there are unlimited possibilities for those who live and work in Woodstock and Cherokee County.

ON MAIN-Georgia REALTY ON MAIN